The Public Reading was a Hit!

A crowd of thirty-seven people came out for our Laughin’ in Athens release party and Public Reading event at the Athens-Clarke County Library on Saturday, Sep. 9th. We sold copies of this, as well as the two previous, collections. We also signed books, marveled at giant pink balloons (thank you Party City!), and snacked on “funny” candies.

The event was a delight, and afterwords a group of us crossed the street to continue reveling at Champys Fried Chicken. Once there, a number of hilarious events took place — but that’s a story for Laughin’ in Athens Volume II . . .

Please check out some photos from the event —

Genie Smith Bernstein wonders “Is God a Border Collie?” before a packed house

Even from the cheap seats, listeners were enthralled by Larry Coleman’s “The Dance”

“Stephen King” offers to finish our event by reading all 849 pages of his bestseller “11/22/63”. Luckily the man, later revealed to be local author Jay Barnes, read from his delightful (and briefer) story “Driving Miss Kitty” instead

What Makes Someone a ‘Writer’?

If you’re here, you have an interest in writing, or know someone who does.  But what, at the heart of the matter, makes someone cross over from interested to intense?  From wanna-be to gotta-be?  From hopeful to hellbent?

What makes someone claim the title, pick up the mantle, and be able to say — when asked at a party what they do — “I’m a writer.”?

This is a very personal question, because you have to be a writer often long before you’re a ‘paid writer’, ‘professional writer’, or a ‘famous writer’.  You can’t just declare yourself a doctor (not without massive lawsuits ensuing) but one day, if you haven’t already, you’ll have to declare yourself a ‘writer’.

For me, it was ‘novelist’.  I could call my teenage self a writer because of the mere fact that I wrote.  But ‘novelist’ was the pillar, and I waited until I’d finished all drafts of my first novel to present myself that way to the world.  Now, I’ve been comfortable with it for so long that I forget the newbie’s fear — ‘Am I a real writer?’

Writers are often humble and unsure.  We’ve read Shakespeare, Hemingway, Fitzgerald — it takes a lot of audacity to join the party and think we’ll have something to contribute to the conversation.  But the greats probably thought that too.  Our early efforts can be frustrating, because we know good, but we can’t always recreate it.

But you know, at a soul level, that you’re a writer.  You have a story to tell, an idea to share, a wrong to right through letters and lines.  You’ve probably been thinking about the book you’re writing (or want to write) for a long time.  If you love good literature and hard work, believe me, you can create something sensational.  And you can change not only your life but someone else’s as well.

So you’ve come to the right place — the land of dreamers, the island of misfit toys.  Some of us have been ‘writers’ for a very long time, but most of us have only recently been willing to show that side to the light.  We’ll help you and encourage you.  There’s no magic to becoming one of us, but there’s a lot of magic after you do.

So say right now — ‘I am a writer!’  Then smile; you’re about to change the world. Do you have a dream to write that first book? 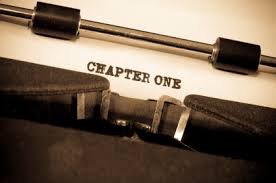 Then join us for the free “Literary Elements” Writer’s Workshop!

Somewhere in your heart you know it.  Maybe this is a recent dream, but quite likely it’s been kicking around in your subconscious for some time and every once in a while, when reading a new novel, or hearing an author interview, or thinking about your lifetime goals it comes to the surface — you want to write a book.  Maybe you imagine being a fulltime, famous, professional writer or maybe there’s just one idea or story that begging you to expound on it and send it out into the world.

Whatever your dream project is — a memoir, non-fiction, children’s book, or novel — there are some common elements needed to move from Chapter 1 to ‘The End’.

Join Athens Writers Association founder Katherine Cerulean to learn how to get started on your first book.  Basics like

And more with be discussed in this 45 minute talk at the Athens Regional Library on June 26th at 12:15pm.  Click here for more details.

We hope to see you there!

Join us for Writers Read III!

This event is free and appropriate for mature children and older.  So if you’re looking for a great event to share with your Mom this Mother’s Day Weekend, or if you just love good writing — come join us!

Writers will be available to talk after the event.  Also, let us know if you would be interested in reading at a future event.

We filled every seat in the house (and the Coffee Shop of Athens had to bring in a few lawn chairs from outside)!  ‘Writers Read II’ and was a big hit and everyone had a great time.  Thanks to our wonderful readers (pictured above, left to right) Rob White, Chris Jansen, Elsa Russo, Kevin Townsend, Jill Hartmann-Roberts, Katherine Cerulean, Miles McClellan, Nancy Lynn Scott, Jennifer Innes, Greg Davis, and Sam Thomas (not pictured).

We’ll have another reading on March 26th called ‘Writers Read – After Dark’.  See our ‘Events’ page for more info on the kind of writing we are spot-lighting at that event.  We still have a few reader slots open; please email Katherinecerulean@gmail.com if you are interested in participating.

Thanks to everyone who came out and supported us.  You were a great crowd and your support means so much.  Can’t wait for the next one!

Come one, come all!

This Saturday, January 4, at 5:00 PM at The Coffee Shop of Athens (2950 Atlanta Hwy [in front of Bulldog carwash], Athens, GA,Athens, GA) we will be having a practice read in anticipation of our next ‘Writers Read’ event which is later this month.  The slots are full for the event but feel free to join us this Sat. to listen as our readers hone their skills.  It’s also an exciting chance to see what being a reader is all about, in case you would like to read with us in the future.

And remember, the actual ‘Writers Read II’ event will be on January 25th — mark your calenders!

It’s nearly here!  The AWA is super proud to sponsor the premiere Writers Read event.  It will take place in the very charming and peaceful The Coffee Shop of Athens (2950 Atlanta Highway, Athens, Georgia 30606).  The event is free and open to the public and will run from 7:00 pm — 9:00 pm with time after to allow you to talk to the authors and ask any questions about writing and self publishing you may have.  All reading will be PG-13 appropriate.

Our lineup includes (speakers are subject to change)–

Join these and other talented Athens writers and learn more about the fast-growing writing scene in Athens.  From the first laugh to the last tear, you are in for a treat.  Feel free to contact Katherine Cerulean at katherinecerluean@gmail.com if you have any questions or if you’d be interested in reading at a future event.

After the wild success of our first AWA meeting, it’s time to get the ball rolling on our next events —

We need volunteers who’d like to read original work and we need a date we’d like to do this.  We’ll probably do the first event at the Athens library and then do a second event in a more bar-like setting in the near future (or vise-versa).

We’ll soon have another meeting just to talk and expand on the good things we started at the first meeting.

This event will feature local self-published authors and dig deep into editing, publishing, cover design, blogging and other types of publicizing your work, and how often to publish new books.

Please check out the ‘Achieving Your Dreams‘ Meetup group or email me at katherinecerulean@gmail.com with your thoughts, wishes for inclusion, and ideas for other events.