RSS Feed
← AWA at ‘Lickskillet’!
What Are Your Writing Priorities? →

Welcome to the second in a series of interviews with Athens-area writers.  The hope is to inform you about new techniques you might want to try, increase your knowledge of the individuals in your community, and inspire you on your path.  Please contact me if you’re interested in answering our writing questionnaire and being featured here as a future ‘local writer’.

NOTE: Special thanks to AWA co-founder Jill Hartmann for originally supplying us with these wonderful questions for the series.

Question: At what point in your life did you become a writer and how did you first know you wanted to be a writer?

Answer: When I was in first grade, my elementary school held a writing contest for Grades K-2.  All of the classes were asked to respond to the following writing prompt: “What will you ask Santa Clause to bring you for Christmas this year?”  (Nowadays this subject would be taboo for a public school wide writing contest, but it was the 1970’s and it was a private school.  None of the parents complained, as far as I knew).  There were several winners chosen, enough to fill two pages in the school’s quarterly magazine.  My response was one of the winning entries.  I wrote a short paragraph asking Santa for peace and happiness for all of my friends and for my family, and for everyone in the world – and for a special best friend.  (Although I’m Jewish, we celebrated Christmas when I was very little, and I loved Santa Clause.  I think I believed he was real until I was eight or nine years old).

I’d have to pinpoint this accomplishment as the moment when I had the epiphany that I was a real writer and that I wanted to keep writing. I received a lot of praise for being among the published winners for that holiday writing contest.  I was six years old, and it didn’t take long for my love of writing to grow exponentially.  When I wasn’t writing stories for school, I would carry my mother’s electric typewriter into the hallway and start writing stories off the top of my head, while sitting right in the middle of the floor.  (I have no idea why I didn’t just carry the thing over to the kitchen table and sit in a chair like a regular kid, but then again, I was not a regular kid).  When I wrote in my diary every night, I usually sat on the floor, also.  What can I say, we had very soft carpet in our house when I was a child!

Q: What books have you read that shaped you as a writer? Which authors’ work do you admire and why?

A: As a child, the books that fired up my imagination were: the Little House books, written by Laura Ingalls Wilder, the Oz books, written by L. Frank Baum, all of the books written by Judy Blume, Island of the Blue Dolphins, written by Scott O’ Dell, To Kill a Mockingbird, written by Harper Lee, and all of the stories from Greek and Roman mythology.  My favorite authors in my adult years, whom I’d like to emulate, are: John Steinbeck and Jane Austen. Steinbeck’s novels resonate with me because of the way he seamlessly weaves his profound messages into stories about real, everyday people.  I gravitate toward character-centered writing, which I think is Steinbeck’s signature, as well as his talent for painting vivid pictures of the places where his characters are battling inner, and outer, conflicts.  When it comes to Jane Austen’s books, I can’t say enough about how beautifully she writes: her characters, her dialogue, her descriptions, are exquisitely crafted. She has created a portrait of an English society long gone that to this day, is not only remade into films over and over again, but also has been taken on by modern day authors with sequels and other stories that recreate that status driven society of early 19th century England.  Both authors have inspired story ideas of mine, and I wish they had written and published many more books than they lived to write in their respective lifetimes.

Q: Which piece that you have written are you most proud of and why?

A: My short story, “To Ride the Wind.”  I wrote it in 7th grade for an English class assignment (It was inspired by John Steinbeck’s novel, The Pearl, incidentally).  My English teacher encouraged me to enter my story into the middle school’s first annual creative writing contest.  My story won first place, which was one of the greatest moments of my life.  “To Ride the Wind” was published in the school newspaper that summer, which I consider to be my first real publication.  Although we all have to work hard, as writers, to develop our talent and to hone our craft, that story is a symbol of what I’m capable of, and a reminder to never give up on my writing, no matter what.

Q: Do you gravitate toward a particular genre(s) and/or format when you write?   Tell us more about which genres and/or formats are your “passion?”

A: In the past seven years, my focus has been on writing memoirs.  I also continue to write poetry, which I have always gravitated toward as a means of expressing my personal thoughts and emotions about life.  Writing memoirs is challenging in that it requires a high degree of vulnerability and also enough emotional distance to imagine what audiences will be able to identify with when reading about my life story.  I’ve spent a lot of time editing and revising my memoirs, as well as reading others’ published memoirs, to guide me in creating books that read like a fictional character-driven novel, even though the stories are non-fiction.

Q: Have you studied writing and/or attended writing seminars, workshops or conferences?  Where and what did you learn from your classes/sessions and other writing teachers?  Did any of them stand out to you and why?

A: I attended the USC Film School Graduate Screenwriting Program in the 1990’s, which was eye opening as far as how the television and film industry works.  Before then, I took playwriting classes in college.  I have not attended formal writing conferences, yet.  I have taken advantage of as many of the Athens Writers Association’s workshops as I’ve been able to attend in the past 3+ years, and the members of my critique group have made the most significant difference in my becoming a better writer.  They have been my best writing teachers these past 3 years, hands down.  I have learned so much from everything they’ve taught me.

Q: Have you had any formal writing jobs and/or published any of your work?  If so, tell us about your jobs and/or your publications.

A: Currently, I work as a freelance copyeditor – I proofread, copy edit and revise both non-fiction and fiction manuscripts, and in some cases, Power Point and website copy.  I’ve written articles for publication in the Congregation Children of Israel Temple Times monthly newsletter.  I continue to apply for other freelance writing jobs.  In addition to articles I’ve published in the Temple Times, my work has appeared in three publications in the past three years: Writers After Dark, The Journey Home and Slackpole (the annual holiday issue of Flagpole Magazine).

Q: What is unique about your writing process?  What works for you, and what doesn’t work?

A: I’m not sure if this is unique, but I work on writing multiple pieces simultaneously and divide my writing time among those projects.  It is harder for me to write at home than in a coffee house, but I’m working on spending more time writing at my house (while my dogs lay peacefully at my feet).  I work best with a “soundtrack,” which varies, depending on my mood. I tend to listen to a bundle of albums I associate with a particular writing or editing project.  It doesn’t work for me to write in a doctor’s waiting room, or on an airplane, though I have managed to write at a table at the car dealership for several hours, so I’m getting better at writing in less-than-ideal surroundings.  I keep a notebook in my purse at all times so that I can write ideas as they come to me throughout the day.  I used to always write by hand, and nowadays, I usually write on my laptop.  I’ve been thinking of writing shorter pieces by hand in the future because I had a great experience recently when I did that – it was like finding a long lost old friend. 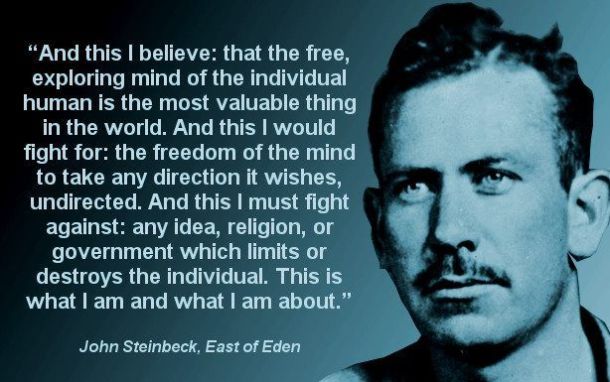 Q: What is the most challenging area of writing for you?

A: Not editing as I go while I’m writing my first draft.  I still have trouble just free flow writing without going back and rereading and rewriting as I go along.  It slows me down, a lot.  Breaking this habit is a work in progress.

Q: What are you currently writing?

A: My primary current writing project is a memoir about a tragic life-changing event that occurred in 1992, which resulted in a complex life-changing endeavor of mine over the next three months. Events that occurred during that time in my life substantially shaped the rest of my adult life, for the better, in my opinion. My hope is that this story of my journey from heartbreak and grief to activism and healing will inspire others to triumph in the wake of their own tragedies.

Q: What advice do you have for someone who is just beginning to write?

A: I meet people all the time who tell me about how they are “just dabbling” in writing, whether it be a short story or poetry or a novel, and I always encourage them to not sell themselves short as writers.  Everyone has to start at the beginning and many people who are prolific writers start late in life, not realizing how much talent they’ve always had.  It’s never too late so I say, don’t underestimate yourself and just be willing to learn and get feedback from other writers whom you trust.  Keep writing, don’t give up and join our group. We’re a great source of peer support and encouragement – I know for a fact that it has made a significant difference for many of our members.

Q: How has being a writer changed your life?

A: The real question is how has being a writer not changed my life!  I have believed for a long time, since I won that first contest in 7th grade, that writing is what I was born to do.  I gave it up for 15 years and took the safe route in life, becoming a teacher and then working in administration at a major university.  My dog, Toby Hartmann, inadvertently led me back to writing, and moving to Athens gave me the opportunity to spend the time writing Toby’s story that I used to spend at my brick and mortar job in San Diego, California.  It’s hard to explain how being a writer has changed me except to say that now I remember who I am – not to use a cliché, but it’s true that, “I once was lost, and now I’m found.” I know that this is my purpose in life.  I cannot feel fulfilled if I cannot write – it is what I need to do for myself.  I can no longer imagine not being a writer.  It is scary to open myself up to my readers, but it’s worth it to me to share my voice with the rest of the world.

Novelist, founder of The Athens Writers Association, and enthusiast of all things awesome and magical. Need my help with ANYTHING? Just ask!
View all posts by katherinecerulean »
← AWA at ‘Lickskillet’!
What Are Your Writing Priorities? →