Let Your Characters Plot Your Novel

For those of you who couldn’t make it to AWA founder Katherine Cerulean’s class at the Athens Regional Library in August, please enjoy this handout —

Plot is one of those words that can strike fear in a writer’s heart –at least, it does for me.  Especially when I was a beginning writer.  Characters I like, dialogue is fun, words are magic — but plot, plot is tricky.  Plot is so bold, so important.  Plot’s what happens, what surprises people, what keeps people reading until they fall in love with your characters.

It is said that there is really only one plot – the resolution of a problem.  It’s also been said there’s 2, 3, 7, 20, and 36 plots — just so you know, options.  Before we talk about our characters, let’s talk a little about plot.

What is a plot?

The main events of a play, novel, movie, or similar work, devised and presented by the writer as an interrelated sequence.

What does character-driven and plot-driven mean?

More ‘literary fiction’ is character based, while some genre fiction is action-packed and the characters don’t learn or grow as much.  In an action-filled story, your characters may still make important decisions that change the plot, but they are less likely to change themselves in major ways (think about Indiana Jones or James Bond: they don’t change [much] but their choices and actions still save the girl, the day, or the world [the external challenge].)

Do I HAVE to plot out my novel?

No.  In ‘On Writing’, Stephen King writes, “Plot is, I think, the good writer’s last resort, and the dullard’s first choice.”

From nybookeditors.com — ‘But for writers striving to create something unique and surprising, the kind of work that will grab the attention of agents and editors, the thorough plotting and planning can be a matter of life and death. By that, I mean that planning your novel ahead of time increases its likelihood of being dead on arrival.  It may fly in the face of your tried and true approach, but I’m going to ask you to consider a different tack: Don’t plan. Write.’

Having a couple of page outline can help you understand the major ‘beats’ of a novel, and give you a distant landmark to head toward, but too much planning can ruin the moment.  Do what feels comfortable to you, but be open to feeling uncomfortable as well.  I was recently writing the last third of a novel when a conversation with my sister led to a stunning revelation about my story.  I HAD to go in an entirely different direction than I’d been planning.  I was quite concerned that I was ruining my book, but I trusted myself, kept writing, and now it’s my favorite novel I’ve written.

When in doubt, trust yourself.  Or, as I’ve had written on an index card on my wall for almost 15 years — ‘Trust the story’.  The true, beating heart of your story will never lead you astray.

How do I let my characters ‘plot my novel’?

The idea here is to relax and trust.  If you think about your story, the story world, and each of your main characters, you have all the ingredients needed to plot your story as you’re writing it.  It’s been said that ‘In life, one thing happens after another.  In fiction, one thing happens because of another.’  Your life is being plotted out all the time, sometimes intentionally by you (the protagonist), and sometimes by others (supporting characters), and sometimes by acts outside human control (your two page ‘blueprint’).

Just remember that we are in control a lot more than you’d think.  Look at these scenarios —

In the first three, the hero made choices (somewhere along the way) that led to these seemingly out-of-their-hands situations.  But what about the last one?  Did he take his wife for granted?  Stop saying thank you and asking how her day was?  Or did she meet someone else, become wrapped up in a daydream, and leave a great life and husband?  Maybe they were both in a life-changing car crash, or won the lottery, or just grew apart.  The important thing is to remember that even in an external action, ‘plot-driven’ story, characters are making choices all the time.

Liam Neeson’s character in ‘Taken’ has no control over the fact his daughter was kidnapped (that was the writer’s big picture ‘blueprint’ of the story they wanted to tell).  However, when he says ‘I do have are a very particular set of skills’, that is pure character.  He’s not mouthing these words so we can jump from point ‘A’ to point ‘B’ in the story, that character is speaking from personality, anger, and experience.  He won’t just go to the police.  He will find and hunt the perpetrators down.  Bryan Mills (the character) had no other choice in that moment — it’s a character-driven action.

Trusting and following your characters, step-by-steps

“Follow the light of your intuition, and keep away from the darkness of convention.”
― Michael Bassey Johnson

When you plot out your novel, you are using your reason and experience.  But you’re not creating in the same way.  You’re guessing, and you may get scared and conservative.  You’ll do what you’ve seen done in stories before — and that would a great shame and a repetition.  But if you trust yourself, believe that you know the characters and the world well, and listen to your character’s heart and voice, you can find you’ve written a story wilder than you had planned, more twisty than you could conceive of, and more refreshing (and exciting) than you’ve ever dreamed.

And isn’t that what a plot should be? 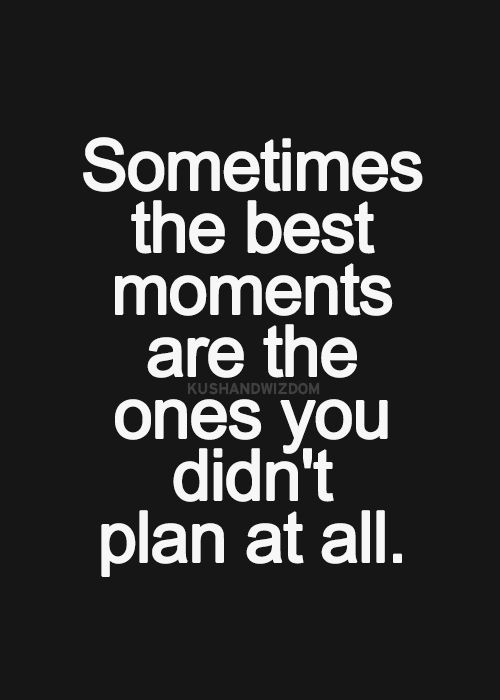 Novelist, founder of The Athens Writers Association, and enthusiast of all things awesome and magical. Need my help with ANYTHING? Just ask!
View all posts by katherinecerulean »
← Ten Reasons Why Writers Should Network (and one reason why they shouldn’t)
Call for Submissions – Georgia Writers Association →